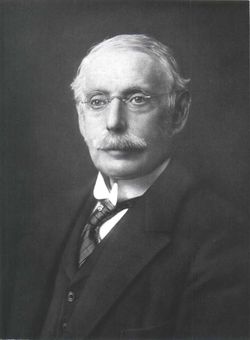 You could say that Charles Parsons changed the world. In 1884 he invented the steam turbine, making cheap and plentiful electricity possible and revolutionising marine transport and naval warfare. The world would never be the same again, and had it not been for Parsons, we might still be using gaslights and gas-powered appliances.

Parsons did not go to school, but was educated at home in Birr, Co. Offaly, under the influence of his very talented patents, William Parsons, the Third Earl of Rosse and Mary, the Countess of Rosse. The Earl was keen on steam, and his many steam-powered machines included an early steam carriage and a machine to polish the metal mirrors for his telescope. Charles spent time in his father's workshops, designing and making his own machines, and it seemed only natural that, after studying at Cambridge, he should become an apprentice in Newcastle-upon-Tyne, England's great engineering city.

Conventional steam engines had powered industry since the 1750s, employing steam to move pistons and crankshafts. Inefficient, noisy, slow behemoths that consumed prodigious amounts of coal, they were also costly to maintain, and vibrated violently, and people were starting to switch to quieter gas-powered engines.

Then in 1884, worried that fossil fuel reserves were running out, Charles Parsons invented a more efficient steam engine. Instead of using steam to drive pistons, Parsons had it turn a rotor directly. He allowed the steam to escape into an enclosed space in a controlled manner - albeit at 2,000 kilometres an hour. This first turbine steam engine was used first to light ships, but then was developed for electricity generating stations. In due course, his turbines were powering generating stations all over the world.

Realising the potential of his engine for ship propulsion, Charles built an experimental boat, the Turbinia and, by 1897, it could travel at an unheard of 34 knots. Parsons's turbine revolutionised marine transport. The first turbine-powered destroyer, HMS Dreadnought (1906), could do 21 knots and rendered all previous warships obsolete. His engine was then commissioned for all British warships, and for enormous ocean-going liners. The latter included the sister ships, the Lusitania, torpedoed in 1915, and the Mauretania, which held the Blue Riband of the Atlantic from 1907 to 1929.

Charles received a knighthood in 1911. In 1925, he bought the telescope making firm set up by the Grubb family of Dublin, and Grubb - Parsons built many successful large telescopes for the world.

Sir Charles Parsons, the ingenious engineer from Birr Castle, who died in 1931, was born 150 years ago this month, in June 1854.The historic Turbinia is centrepiece of an exhibition about Parsons at Newcastle-upon-Tyne's Discovery Museum. Birr Castle visitor centre has an exhibition celebrating the work of the Parsons family, notably the Third Earl's telescope, but also Charles Parsons' turbine. TCD's engineering faculty has a small-scale demonstration Parsons turbine dating from the 1890s.