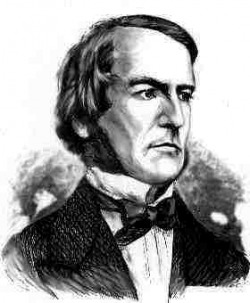 George Boole was born in Lincoln, England, the son of a shoemaker and a lady’s maid. He left school at an early age in order to support his family. He taught himself advanced mathematics and in 1841 he introduced Invariant Theory, a new branch of mathematics. The concept of invariance was later part of Einstein’s inspiration for the Theory of Relativity.