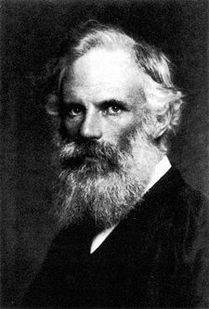 George Francis Fitzgerald was a brilliant 19th century Irish physicist who is best remembered today as one of the proposers of a theory on the relativity of space with speed, now known as the Fitzgerald-Lorentz contraction. This was the first incomplete theory of relativity and was later used by Einstein in his special theory of relativity. However, this was not the area in which George Francis Fitzgerald did most of his work.

George Francis Fitzgerald was born at Monkstown, Co. Dublin in 1851. His father William, a Trinity professor, was to become Church of Ireland Bishop of Cork, and later of Killaloe. His mother Anne was sister of George Johnstone Stoney the distinguished Irish physicist who, among many notable contributions, named the electron.

George’s early education, together with his brothers and sisters, was undertaken at home, where they were tutored by M.A. Boole, a sister of George Boole, Professor of Mathematics at University College Cork and widely acknowledged as ‘The Father of Computer Science’. Fitzgerald showed himself to be very able at mathematics and dextrous at mechanical construction.

George entered Trinity College Dublin (TCD) at the age of 16 to study mathematics and experimental science and he graduated in 1871 at the top of his class. He led a rounded college life, taking part in literary and social clubs and indulging his athletic interests in gymnastics, racquet sports and hurling.

Fitzgerald studied for 6 more years before attaining his goal of winning a Trinity College Fellowship in 1877. During this time he laid down the foundation of his research career. Probably the most significant work he studied was the Treatise on Electricity and Magnetism published by James Clerk Maxwell in 1873.

Maxwell proposed a theory of electromagnetism which described how light travels through space as a coupled electrical/magnetic disturbance. Fitzgerald was one of the minority of scientists who appreciated the full significance of Maxwell’s work and he began to push the theory forward.

Fitzgerald was appointed tutor at TCD in 1877 and Professor of Natural and Experimental Philosophy in 1881. He was particularly interested in increasing the practical teaching of experimental physics and, throughout his career, he emphasised the importance of practical laboratory skills.

In 1893 George Fitzgerald married Harriette Mary Jellet, daughter of the Provost of TCD, himself a distinguished Professor of Physics. By the time of his death less than 8 years later, George and Henriette had produced 8 children - 3 sons and 5 daughters.

After Fitzgerald won his Fellowship at TCD, he and began to publish his research results, principally his work in optics and electrodynamics. In 1899 he was awarded the prestigious Royal Medal of The Royal Society of London.

From his studies on radiation Fitzgerald concluded in 1883 that an oscillating electric current would produce electromagnetic waves. This was experimentally confirmed by Heinrich Hertz in 1888 and used in the development of wireless telegraphy. Fitzgerald was the first to suggest a method of producing radio frequency waves that are so widely used today for radio and TV, navigational aids, mobile phones, satellite communication and radio astronomy.

Nineteenth century physicists believed that the universe was pervaded by a ghostly substance called the ether. The fundamental nature of light was considered to be a pure wave and it was very difficult to understand how this wave could travel through space if the ether didn’t exist. In 1887 the famous Michelson-Morley experiment attempted to conclusively demonstrate the universal ether framework. Basically the speed of light was measured in two perpendicular directions – parallel and perpendicular to the earth’s motion through space. If the ether exists, in one case the light would be travelling against an ether ‘headwind’ and in the other it would be moving ‘crosswind’. The two measured velocities would differ. Surprisingly, no difference in velocity was detected.

In 1892 Fitzgerald proposed an explanation of the failure of the Michelson-Morley experiment to detect the ether. He proposed that moving bodies contract in the direction of motion and that the contraction cannot be measured because the measuring rods shrink in the same proportion. Hendrik Lorentz of the Netherlands independently arrived at the same conclusion in 1895 and developed the idea mathematically into a much more detailed description.

Fitzgerald was, by all accounts, one of ‘nature’s gentlemen’. He declared that ‘The function of the university is primarily to teach mankind ... and not the instruction of the few who found it convenient to reside in the immediate neighbourhood’. He took a great interest in technical education and was prominently associated with the foundation of Kevin Street Technical School in 1887. He sat on The Belmore Commission whose recommendations led to the introduction of science to primary schools in 1900, sadly to be dropped by our native Government in 1934.

George Fitzgerald died in 1901 at the early age of 49, an outcome determined at least in part by overwork. Apparently he found it very difficult to say NO – a particularly bad habit in the academic world.

An insightful account of Fitzgerald’s contribution to prefiguring the theory of relativity, written by John Bell, possibly Ireland’s greatest scientist of the 20th century, and abridged by Professor Denis Weaire, TCD, appeared in Physics World, September 1992.