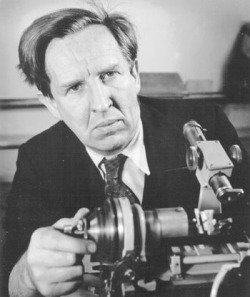 JD Bernal was born in Nenagh, Co. Tipperary, and became Professor of Physics at Birbeck College, University of London.

JD Bernal developed the technique of modern x-ray crystallography and led a group that used the technique to work out the 3-D structure of proteins, nucleic acids and viruses. Some members of JD Bernal’s research team subsequently won Nobel Prizes.

Bernal used his scientific expertise to help the UK Ministry of Defence during World War 2. He also did pioneering work on the inter-relationship of science and society and wrote important books, e.g. ‘The Social Function of Science’ and ‘Science in History’.

Bernal’s knowledge of a huge variety of subjects was legendary and earned him the nickname ‘Sage’. Bernal was an enthusiastic Marxist and communist and greatly admired the Soviet Union.