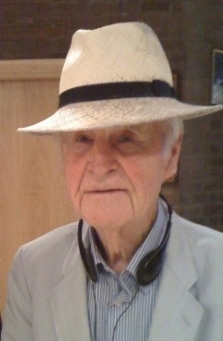 Joseph Barnes was Born in Belfast in 1914 and has celebrated a long and distinguished medical career as a world-renowned diagnostician and clinician, an exceptional teacher and for over half a century an integral part of the family of the Royal College of Surgeons in Ireland.

In 1938 Dr Joseph Barnes was appointed as a House Surgeon at the Mater Hospital. After a year at the Mater hospital, Joe was appointed as the sole medical doctor in a two hundred bed missionary hospital in Emekuku, rural Nigeria.  Within a short time his dermatologic skills were recognized and his work in leprosy control and therapy began.  For the next two decades he practiced as a leprotologist in various parts of West Africa before returning as Consultant Dermatologist at the Mater Hospital in 1951. Throughout the next quarter century Joe was a highly respected presence in Dublin, and, on behalf of Ireland, in times of international crisis, with devotion and elan, Joe was always there.

In 1949 he returned to Leprosy Control, Ogoja. In 1960 he performed medical relief work in The Congo during the emergency with Dr. John Murphy and was in charge of hospital in Beni during which time he worked with the Irish Red Cross. In 1967 Joe went to Biafra and was in charge of a hospital in Anua, S. Nigeria and later in charge of a Childrens’ Hospital focusing mainly on malnutrition where he also worked with the Irish Red Cross. In 1971 he performed refugee relief work in Northern India during India-Pakistan War. In 1979 he was in South East Asia with the boat refugees, working for the United Nations High Commission for Refugees, and then he went on to India and the Lebanon in 1983 to Survey and report on medical work of Knights of Malta.

Upon his retirement from the Mater hospital in 1983 he was appointed as a Distinguished Lecturer in the Department of International Health and Tropical Medicine at the Royal College of Surgeons in Ireland.  There, he was known to all as a dedicated teacher, a man admired for his passionate, and compassionate, humanitarian skills, decency and dignity, skills which made him equally at home in humble leprosy hospitals and refugee centres throughout Africa and Asia, as well as at the dining table of Arus An Uachtarain.