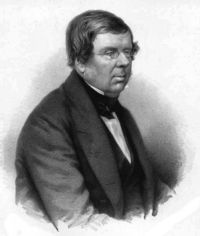 The Parsons family has lived at Birr Castle in Co. Offaly since 1620, and has a striking record of achievement in science and engineering. In the early 1840s, William Parsons, using local labour, built what has been nicknamed the Leviathan of Parsonstown (Leviathan being a monster, and Parsonstown an old name for Birr). Following many experiments, he worked out how to cast and polish massive metal mirrors, made of speculum metal, a highly reflective alloy of copper and tin. The two largest had a diameter of six feet, and weighed about four tones each, so that one could be used while the other was being polished.

The mirror was placed in an impressive wooden tube 57 feet long between mighty masonry walls. With it William Parsons carried out pioneering astronomical studies, and discovered the spiral nature of some nebulae. The telescope was restored in 1997 and is the centrepiece of the Historic Science Centre being set up at Birr.