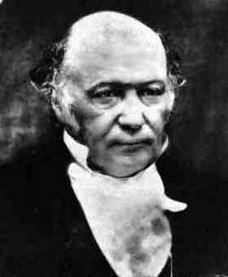 In 1863, The American National Academy of Sciences appointed an Irishman, Dublin-born William Rowan Hamilton, its first Foreign Associate: he was considered by them to be the greatest of living scientists.

William Rowan Hamiliton was born on the stroke of midnight on 3-4 August 1805. He was an infant prodigy, and he was unbeaten in every exam in both classics and science at Trinity College Dublin. Before he graduated he was appointed Royal Astronomer of Ireland, living at Dunsink Observatory. He made important contributions to theoretical physics and to mathematics.

Following a brilliant theoretical prediction of how light behaved when refracted in crystals, soon confirmed by experiment, he received a knighthood in 1835.